A downloadable Racing for Windows and Linux

In this Ludum Dare 47 Entry (Theme was stuck in a loop), you race on the insides of a tube in the depths of space! Compete against yourself for space and master the curvy nature of the tracks. How many laps can you complete?

THIS GAME IS BEST PLAYED ON A CONTROLLER, SITTING DOWN, WITH A FORWARD LEANING STANCE FOR MAXIMUM COMPETITIVENESS.

This game is a basic prototype made within 72 hours by 3 brilliant artists and 2 programmers! The game is by no means complete and contains a few features that we weren't able to fully implement due to the nature of game jams.

Here's a rundown of what we managed to achieve and what we were aiming for!

The game contains a few maps for you to explore, namely an easy and a medium one. We had so many ideas for tracks and track segments, but the poor art team already had so much on their plates that we decided to bite off more than we could chew.

Our character drives around the tubes in a fashion very similarly to the way mario runs around the planets and stuff in Mario Galaxy, but we just flip the normals so that you drive on the inside of a mesh (well it was modeled as our outside). 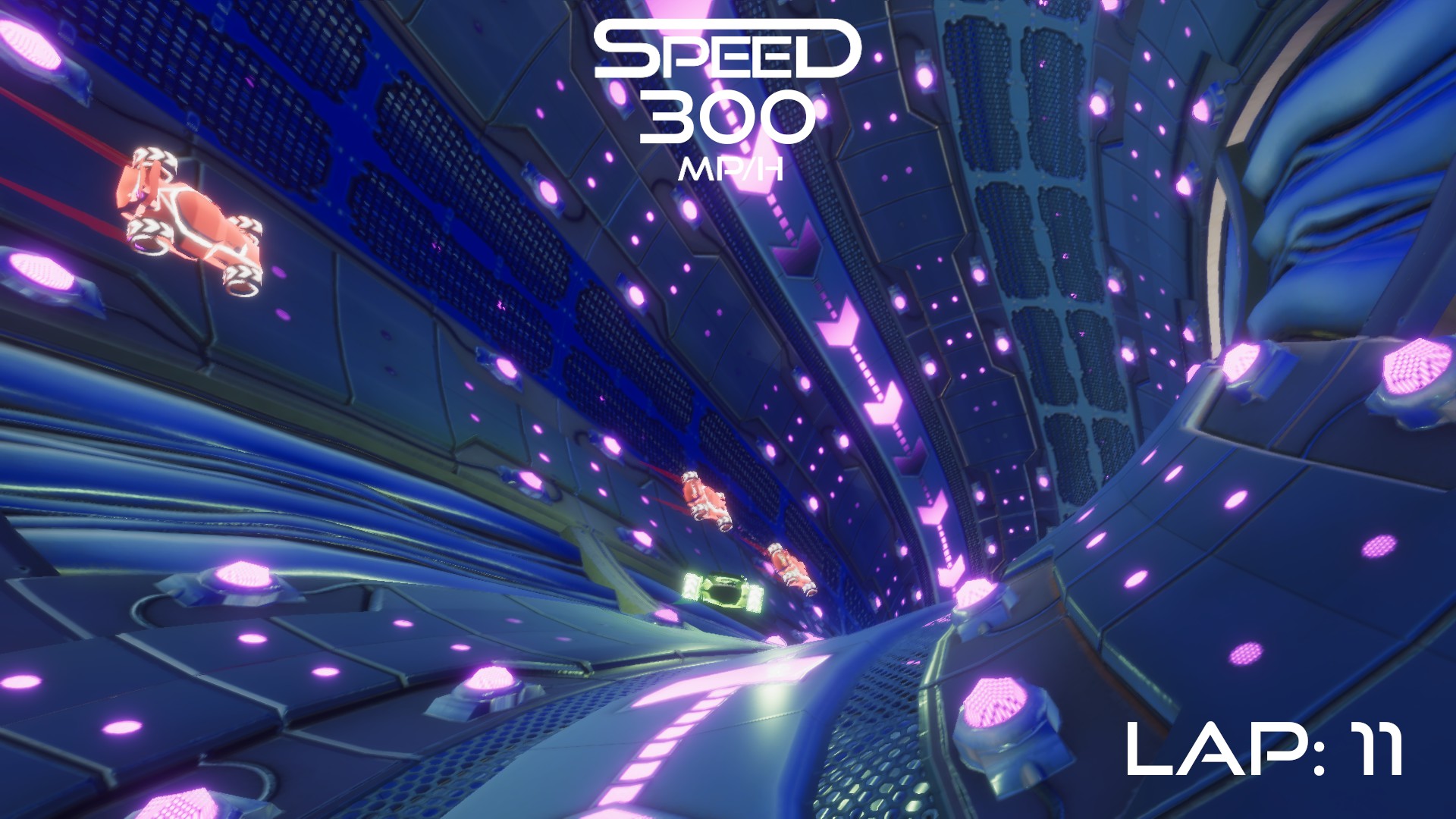 The music was intended to get more intense and groovey with each lap, but we weren't able to get proper bopping dynamic music in because none of us are musicians and 72 hours isn't long enough to learn the ins and outs of music. We made an attempt and after a few laps, it switches to some much better tunes to please your ears!

We weren't able to stop the player from turning around and going the wrong direction, which means that you could just go across the start finish line a billion times, but we really don't recommend that, because that's not fun :(

As you complete laps, a new ghost spawns where you first started your race! This means, the new ghost will be really slow but will eventually get up to speed many laps later. During this time, your speed will increase with each lap meaning you get a chance to overtake the ghosts with sheer pace, and not just driving ability alone

Spline Mesh tool we adapted for our game:

⚠️⚠️Please don't rate our game based on the post jam changes build (Under the linux build) to maintain the integrity of the jam.  It is simply to show off new changes we've been working on to those interested. ⚠️⚠️

Game does not work on linux :-(

I want to give my congratulations, this game lacks some gameplay elements to make it really enjoyable but it’s not far off from that. The art is amazing, creating such detailed good tracks must have needed a great talent and great tools, you can be proud it’s a pleasure for the eyes! Same goes for the programming involved in the reverse gravity racing that works without bugs and really the sensations are here, moving in these races feels good and can even get a player dizzy by making loops and losing control!

I would have liked buttons to accelerate and slow down though, I don’t know if it’s on purpose that you didn’t put them but that’d only be for gamefeel that would be great.

Great audio too, really works well, I get huge wipeout / F-zero vibes but with your original ways and fitting really well the loop theme, the loop is on the shape of the track, the track itself and the stuck in the endless accelerating in it with ghosts of you you should not touch thing, well done!

Please improve it and make it a full game 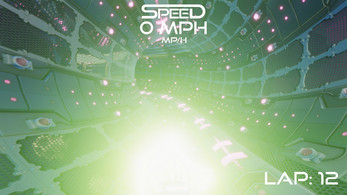 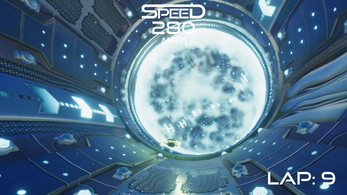 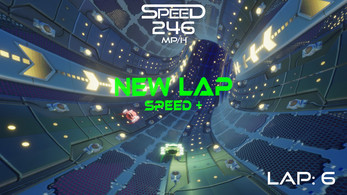 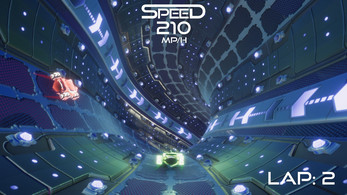 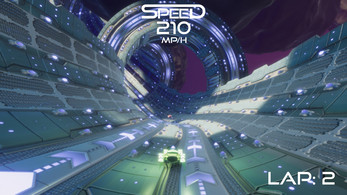 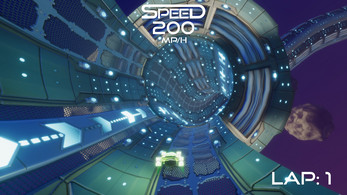 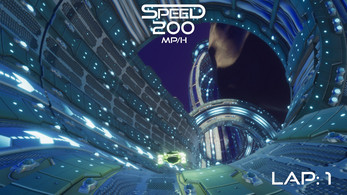 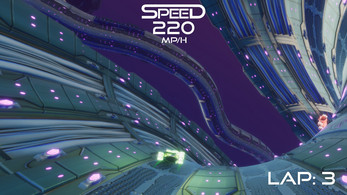 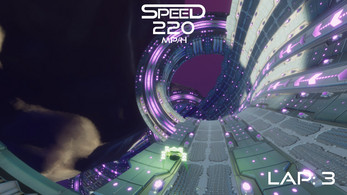